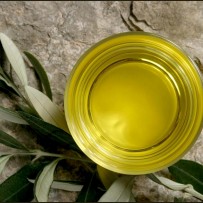 When tasting olive oil, much of the oil’s characteristics are perceived through the sense of smell. Though most people enjoy olive oil with other foods, the following steps allow us to focus on the olive oil’s flavour without distraction:

Each of the above actions focuses our attention on a specific positive attribute in the oil. First we evaluate the olive fruit aroma (fruitiness) by inhaling from the glass. When the oil is in our mouths we further evaluate the aroma retro-nasally as well as determine amount of bitterness on our tongues. Lastly we determine the intensity of the oil’s pungency in our throats as we swallow it.

The pungency lasts few seconds and is a sign of a good quality Olive Oil.

A sensation similar to pungency but lasting longer time – over a minute – is a sign that the quality is bad (rancid).

The oil’s color is not addressed during tasting. The reason is that contrary to the common belief, color is NOT an indicator of either the oil’s flavour or quality.

Bitter: considered a positive attribute because it is indicative of fresh olive fruit

Fruity: refers to the aroma of fresh olive fruit, which is perceived through the nostrils and retro-nasally when the oil is in one’s mouth.

Pungent: stinging sensation in the throat which can force a cough

Spice: aroma/flavour of seasonings such as cinnamon, allspice (but not herbs or pepper)

Brine: salty taste indicating that oil was made from brined olives

Burnt/Heated: caused by processing at too high a temperature

Cucumber: off flavour from prolonged storage, particularly in tin

Dirty: oils which have absorbed unpleasant odours and flavours of dirty waste water during milling

Dreggish: odour of warm lubricating oil caused by the poor execution of the decanting process

Esparto: refers to straw-like material in mats occasionally used in older mills that may create a hemp-like flavour in oil

Flat/Bland: oils which have no positive or negative aroma or flavour characteristic of olive oil; may indicate presence of refined olive oil

Frozen/Wet Wood: sweet, dry, and untypical aroma/flavour derived from olives which have been exposed to freezing temperatures

Fusty: anaerobic fermentation that occurs when olives are stored in piles too long before milling

Greasy: flavour of diesel or gasoline caused by equipment problems 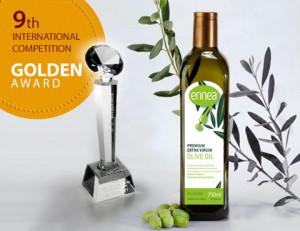 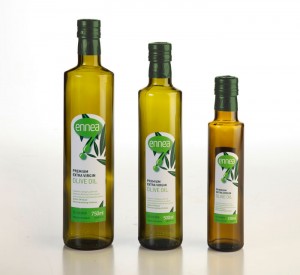 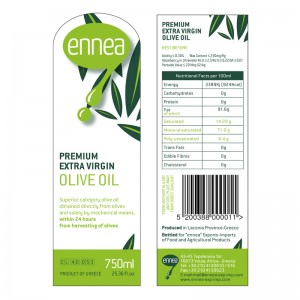 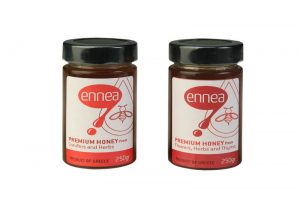 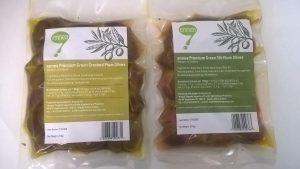 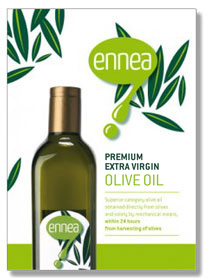